Is Building Muscle Possible in Your 40s? (Build Muscle the Batman Way)

Ben Affleck just recently got in bodybuilding-shape for the movie Batman vs. Superman. What few people know is that Ben Affleck is 45 years old at the moment. Yet Ben Affleck looks like a monster in his role as Batman. On top of that he’s 6’3” – being tall makes it even harder to look muscular. Yet Batman completely nailed it.

While a lot of the look as Batman may be due to his costume and the lighting, Ben Affleck nonetheless is a key example for building muscle if you’re over the age of 40. Mainly because he follows these 3 rules:

Rule #1: Stick to the basics

Ben Affleck doesn’t like working out, that’s where most people begin. Even me as a trainer, I don’t wake up in the morning and think: “Hell yeah, time to do a workout session”.

Training is nothing fancy, it should simply be part of your routine. Yet a lot of the people that start training after the age of 40 think they need a specific, fancy workout schedule. This is not true.

While your recovery periods may truly be longer, you don’t need to train any different than a 20 year old unless you have major physical limitations such as a herniated disc.

The most important thing in every workout schedule should be to get into a routine. This can be harder because as an adult, you have more responsibilities such as a demanding job or a family.

In the beginning, you need to juggle multiple aspects of your life. That’s why you need support from your environment. Also, try to make friends at the gym or join groups on Facebook and Whatsapp. This will also help you with number #2.

Most people that sign up for a gym membership quit after 3 months. I’m a huge supporter in making your workout and diet sustainable, yet this is much harder if you are 40+ years old.

That’s also a reason why most of the actors are not able to keep their bodies in the long-term. For example, Ben Affleck only has a great body until he has to be on the scene. The movie holds him accountable.

If Ben would step on set, looking like a Spongebob instead of a Superhero, no one would take him seriously and he would risk his career. You have to hold yourself accountable to your workout schedule.

Realize that most worthwile things in life are hard first before they get easier.

Write down your realistic goals for yourself or even publish it on your facebook wall and post your training pictures. This will create social pressure to help you keep going.

Plan your workout sessions ahead of the week and treat them as a priority. What works with most of my clients is setting a specific workout time in the morning. as the kids are often still asleep at that time. Make those early morning hours the ‘You-time’. Training early in the morning can also help with rule #3.

Building muscles will take longer if you’re 40 due to the wear and tear over the years. Be persistent.

For extra accountability: Train with a friend or hire a coach. A coach holds you accountable and gives you the necessary guidance.

Ben Affleck told an interviewer that he noticed that once he went for a workout, other things started to improve in his life. He increased his discipline and had more energy at the movie shoot.

This is a phenomena I can see on a daily basis. While we’ve seen in rule #1 that training is usually not that enjoyable, the other effects in your life are absolutely great.

Your workout schedule can be a Trojan Horse. You start the schedule wanting to improve your physique but you end up improving every aspect of your life.

Getting a workout can be a huge win for your day. Even if your whole day was awfully bad, at least you got a workout in.

Admiral William McRaven, the retired United States Navy Admiral talks about making your bed to start your day right. Going for a workout is making your bed on steroids. It takes discipline and willpower to do it, but training has many positive side effects.

Instead of always focusing on your goal you have to enjoy and trust the process.

You can build muscles after 40

Ben Affleck is a monster. He’s a great example for a person that build a great amount of muscles even while being older and fairly tall.

He managed to build such an impressive physique by following three basic rules:

Here’s a video about how Ben Affleck transformed his body: 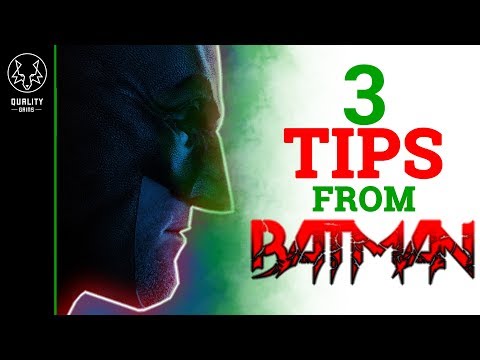 15 Important Benefits of Stretching Before, After, and During a Workout

90% of People Quit After 3 Months of Hitting the Gym, Here’s How to Be the Exception