Feeling Defeated in Life? 9 Ways to Take Back Your Power

The human feeling of wanting to achieve more is a shared one and, consequently, so does the sense of feeling defeated. Things don’t always work out as planned, and we then feel beat down and sometimes downright downtrodden.

This feeling is something that every achiever human-being feels once in a while. The good news is that there are proven science-based ways to help take back the power. It’s not possible to continually win without experiencing a loss, and the way we react to failure is what defines us.

There are (sadly) many practical examples—from battling a bad habit (did anyone say Netflix binge on a Tuesday night?) or even an addiction to dealing with a boss you don’t like who makes every day seem like it will never end. It might be other issues that make you feel like Sisyphus, the Greek god who was forced to push a massive rock up a hill for eternity as a punishment, doing the hard work and not being rewarded for it

You are not alone; Churchill and Lincoln were also defeated.

Fortunately, we’ve found some fantastic examples of ‘defeated’ people who made a remarkable comeback—showing that character is at least as important as talent. One of those people is none other than Winston Churchill. Most of us know that he saved his country and potentially the rest of the world during World War II, but we tend to forget that he famously stated, “I am finished” almost 20 years before that—when he was 40.

He had lost the Gallipoli battle, and everything seemed to indicate that he would go down in history like the rest of us: unknown. However, his plan to come back to the forefront of politics succeeded (only to lose the election after the war, and then win again). He was feeling defeated but he managed to bounce back.

There are other examples of leaders who experienced loss and then made a remarkable comeback. Abraham Lincoln is known as a former US president, but no one remembers that he was defeated in elections for the U.S. House of Representatives just a few years before that. Napoleon Bonaparte was the emperor of Europe, only to be exiled (and then come back and then go into exile again).

Most of us are not ruling Europe or the US, but you get the point—you win some, you lose some—and you should never give up on your goals and dreams. This isn’t relevant only to famous historical characters. The human spirit is measured when it’s at its weakest and in need of finding strength.

Personally speaking, I experienced a tragedy, having to watch my father die in front of me when I was 25. Less than an hour later, as I was in the hospital, I told myself that nothing would break me, and I embarked on a journey to save other people’s lives with Safe Lane, a non-profit I started to prevent car accidents. It is what we do that defines us, and not what happens to us. It’s how we deal with feeling defeated that defines who we are.

Feeling Defeated Is Not Your Fault

Research shows that feeling defeated is not your fault. The deep-rooted feeling of defeat is validated in research. For example, studies of animal species with dominance hierarchies showed that after losing in non-lethal fighting, the animals that lost showed signs of depression.[1] Other studies suggest that defeat and feelings of entrapment are associated with depression and anxiety. Sadly, it happens to humans as well.

Research also suggests that it hurts the poor more than others. In a study conducted in economically deprived areas in England, over half of the people felt defeated. They experienced feelings of entrapment.[2]

The research also proved a connection to anxiety and depression, showing that this feeling impairs the mental health of those living in more impoverished areas. The clear connection between where you live and how you feel is disheartening, as it makes clear that some populations are inherently more prone to suffering than others.

9 Ways to Take Back Your Power

The good news is that there are pretty good solutions one can use to fight this horrible feeling. Some of them can provide immediate improvement, while others help within a matter of weeks

Here are 9 ways to take back your power when you’re feeling defeated in life.

Once a day, take three minutes to write down two things you’re grateful for. It might seem like a childish thing to do, but investing time in a gratitude journal has been scientifically proven to be helpful. Taking a note for yourself of the good things in your life makes you appreciate them more, and this kind of positive thinking also helps your brain change patterns.

According to a study conducted in Berkeley, students who wrote a gratitude letter to their peers had “significantly better mental health 4 weeks and 12 weeks after their writing exercise ended. This suggests that gratitude writing can be beneficial not just for healthy, well-adjusted individuals, but also for those who struggle with mental health concerns.”[3]

Martin Seligman, a psychologist at the University of Pennsylvania, proved that participants who took the time to write about the good things in their lives had a huge increase in happiness scores.

When you’re working too hard, it can sometimes feel good because you’re pushing your limits. Nonetheless, you can’t work without taking breaks. Your energy is limited, and there have been a few studies proving this.

According to numerous researches, “taking a break can be very beneficial for you and your work. Micro-breaks, lunchtime breaks, and longer breaks have all been shown to affect well-being and productivity positively. By taking regular breaks, you can boost your performance.”[4]

3. Find Yourself a Mentor

I’ve personally found this to be very helpful. Every issue that you’re going through has been experienced by someone before you, so learn from that. Having a mentor reduces stress and helps you both practically understand how to handle the situation and emotionally put things in perspective. It also helps remind you that you’re not alone.

According to UNL, “mentoring provides professional socialization and personal support to facilitate graduate school success and beyond. Quality mentoring greatly enhances students’ chances for success. Research shows that students who experience good mentoring also have a greater chance of securing academic tenure-track positions or greater career advancement potential in administration or sectors outside the university.”[5]

Meditation and mindfulness are powerful tools that are widely available today through the use of apps such as Calm and Headspace. There have also been countless books written about them. One of them is “Wherever You Go, There You Are:  Mindfulness Meditation in Everyday Life” by Jon Kabat-Zinn’s. By being present, you can control where your energy goes.

I used to be a skeptic, but I have learned that it’s helpful to meditate when you need a moment. Countless studies have proven that breathing helps build resilience. Just by breathing slowly and deeply, our body knows when to enter into a relaxation mode.

We’re living at a time that makes us feel overwhelmed. We have too much on our plate and sometimes, we’re in a position that doesn’t immediately allow us to solve the problem at hand.

Don’t worry—by meditating, breathing, or just trying to relax, you can understand what to do by letting your mind some time to think and improve. Otherwise, you wouldn’t be here reading this article!

5. Your Self-Talk Is More Crucial Than Ever

Our thoughts and beliefs can sometimes be discouraging. Many people tend towards a negativity bias, which means that we’re prone to notice negative thoughts and emotions more than positive and neutral ones. This is where self-talk comes in.

Using self-talk to analyze whether your perceptions are helping you or not and whether they’re an accurate representation of reality can help you understand that things may not be as bad as you think. Research shows that this is, in fact, often the case.

It’s a good habit to also remember to be kind to yourself. Some of us sometimes forget the crucial ingredient of self-compassion. It also might be a good idea to motivate yourself by watching others—Youtube might be a good place for that. 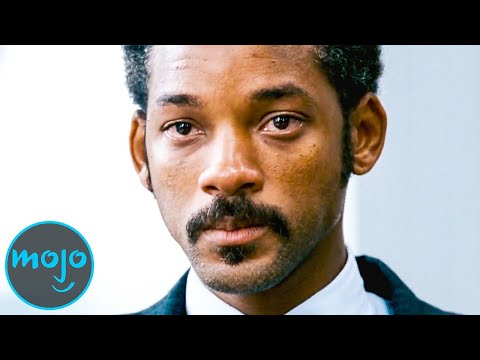 For whatever of life’s hurdles you’re currently facing, there’s an answer that someone else has already thought of. Google Scholar or even just plain old Google can help you find proven methods to deal with what’s bothering you. Educate yourself about your situation and learn what can and cannot work for you. Knowledge is power, indeed.

7. Don’t Obsess About What Happened

One of the proven ways to help sports teams stay on track is not overthinking the future and not getting stuck in the past. It’s useless to obsess about what already happened, and at worst, it can only harm your mental and emotional well-being.

One psychological way to think about that is the radical acceptance approach, which is pretty self-explanatory. It means that you should accept what happened and instead, think about what you should do moving forward.

According to the NYU School of Medicine, “past experiences shape what we see more than what we are looking at now.”[6] So, it’s not easy to fight that. But it is also possible to change it by radical acceptance and growth mindset methods.

8. Create a Vision for Your Life

Another method for dealing with daily hardships is to think like an organization and create your life vision. When you understand your goals and purpose, it’s easier to not sweat as much as some of the difficulties on the way.

According to “Entrepreneurship Theory and Practice” by Francis J. Greene,

“Effective strategic management begins with the organization clearly articulating its vision for the future. The organization’s vision refers to the broad category of long-term intentions that the organization wishes to pursue. It is broad, all-inclusive, and futuristic (Ireland et al., 2009)”.

It is imperative to understand your vision and implement it in your daily life to keep your balance.

You don’t have to run a marathon. Simply walking or doing any other type of physical activity you enjoy can help pump things up and make you feel better physically and emotionally. Exercise can help you overcome depression and improve your mental health. It also enables you to feel in control in some cases, and that’s a powerful tool for someone who’s feeling defeated.

Healthy eating and keeping yourself hydrated goes a long way. Sleeping more than 7 hours each night is also super helpful for improving your physical and mental well-being

If Money Can’t Buy Happiness, What Can?

Face Your Fear; the Result Might Be Amazing : By Amy Rees Anderson.

Your Memories Make You Who You Are: By Chris Heath